Even More Valuable Today – Role of the Executive Sponsor

by: John Monczewski by: Philip Peck

Executive Summary: Many companies are implementing digital transformation projects to help them stay competitive as the need to harness the latest technology and access real-time analytics becomes paramount.  However, high visibility and costly projects such as these need an executive sponsor to ensure the project gets off the ground, is managed well and fully adopted.   This paper will help define and provide clarity based on research, interviews, and practical real-world experience to maximize the value of the Executive Sponsor.

In October 1945, President Harry Truman made famous the statement “The Buck Stops Here” by having a plaque displayed on his desk in the Oval Office and he referred to this statement in his final address to the American people in January 1953 when he said, "The President--whoever he is--has to decide. He can't pass the buck to anybody. No one else can do the deciding for him. That's his job.” While not on the scale of the President of the United States, all successful projects will have the role of an executive sponsor who holds to this same philosophy. Since the early 1980’s, project management principles have obstinately supported the role of Executive Sponsor, and 38 years later, is still recognized as one of the most critical success factors for projects. Despite the overwhelming advocacy for this role, there remains confusion on the specifics of the role, responsibility, and activities. In a HBR article by Ron Ashkenas he notes, “When the responsibilities and expectations are unclear, the role becomes either a meaningless designation or creates dysfunction.” This paper will help define and provide clarity based on research, interviews, and practical real-world experience to maximize the value of the Executive Sponsor.

The English poet, John Donne in 1624 wrote “No man is an island, Entire of itself, Every man is a piece of the continent, A part of the main”, which when viewed in the context of the executive sponsor and the relationship to a project, rightfully infers that there are many contributors to the success of a project. For example, a project team is composed of many individuals with varying degrees of knowledge and subject expertise, wh can be members of different working groups, and may be assigned full-time to the project or may work on a part-time basis and on one or multiple workstreams. There are a number of committees, a Steering (Executive) Committee of which the Executive Sponsor is a key member, a Project Management Meeting that should occur once a week or every other week depending on the state of the project, daily Sprint meetings to quickly review open items and address any roadblocks, and Investment Committee meeting that approve funding and monitor the financial status of the ongoing initiative and requests for additional funding for changes in scope. From the incubation of the thought of the next “new thing” to the “go-live” date there a myriad of interconnected processes, frameworks, governance, change management, training & enablement that effectively help navigate the path of complex projects all of which are subjects unto themselves from which we will turn the focus to the role of the Executive Sponsor.

Webster’s dictionary defines the Executive Sponsor (sometimes called project sponsor or senior responsible owner) as a role in project management, usually the senior member of the project board and often the chair. The project sponsor will be a senior executive in a corporation (often at or just below board level) who is responsible to the business for the success of the project.

The executive sponsor plays a number of key roles…

Potentially the most important relationship for the executive sponsor is with the project leader. Keys to a successful relationship include:

Internet of Things for ManufacturingWhite Paper 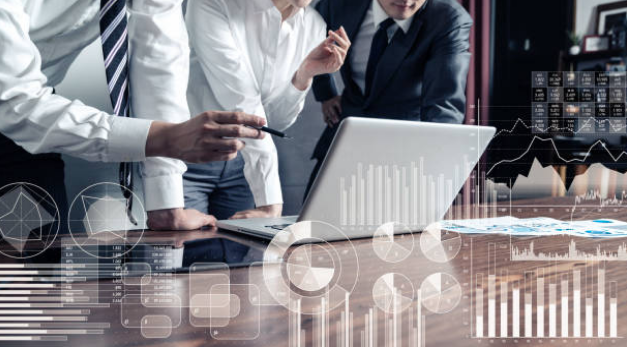 The Next Frontier for FP&A: Succesfully Navigating the Brave New World and the Essential Role of Oracle EPM CloudWebinar